The Dual-Ended Combat ArmsTM Earplugs, Version 2, were designed for military use and used extensively by thousands of servicemembers from 2003-2015. The soldiers used these 3M Combat Arms Earplugs (CAEv2) during training exercises as well as during deployments to locations such as Afghanistan, Pakistan, Somalia, Syria, Yemeni, Lybia, Indian Ocean and Iraq.

What are 3M Combat Arms Earplugs?

3M Combat Arms Earplugs are dual-ended earplugs for hearing protection from close range firearms and other loud impact noises. Due to the defective design, the earplugs can slightly loosen and subtly move out of the ear canal just enough for the loud sounds to cause hearing damage.

Hearing loss is one of the most common afflictions suffered by active duty and former servicemembers.  According to James Henry, a research scientist with the VA Portland Healthcare System, in 2016 there were over 1.6 million veterans seeking medical care for chronic tinnitus.[1] 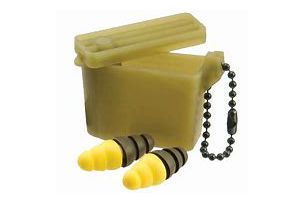 In July of 2018, the United States Department of Justice announced that 3M agreed to pay $9.1 million to resolve allegations they knowingly sold Dual-Ended Combat ArmsTM Earplugs Version 2 (CAEv2) to the U.S. military without disclosing defects that hampered the effectiveness of this hearing protection.[2] The 3M Combat Earplugs were originally manufactured by Aearo Technologies, which was acquired by 3M in 2008. Aearo allegedly knew of the defect in the Combat Earplugs as early as 2000, years before 3M even acquired Aearo.

Have you or a loved one served in the military and now suffer from hearing problems? Our Lawyers Can Help

When a person suffers from the hearing problems, a lifetime of care may be required and the family may suffer devastating losses. You can trust that we will provide you with the knowledge, resources, and dedication your case deserves. Burnett Law Firm combines decades of legal experience, proven results, and teamwork to assure each of our clients that we are ready to aggressively represent them throughout the entire case.

You may have the right to compensation for medical bills, lost wages, pain and suffering, emotional distress, wrongful death or other economic and non-financial losses.

To learn more or to schedule a free consultation to have your 3M Combat Earplug injury case evaluated, call us at 832-413-4410 or contact us online today to learn how we can help you get the compensation you deserve. There is no charge for the consultation, and you owe us no attorney’s fees unless we are successful in securing compensation for you.

Experience. Competence. Compassion. Those are a few of the things you can expect from the lawyers at the Burnett Law Firm. Our attorneys know that your case is the most important. That’s why we treat you with the respect you deserve while aggressively standing up for your legal rights. Get to know us better by reading our profiles, or just give us a call.